The Beat Hotel Review: Intense dive into music and arts

Getting people to keep dancing while it’s raining is challenging – but not when you have a line-up bringing together a fine selection of Britain’s and Morocco’s artists as well as some hidden gems from all the around the world.

Palm trees, pools, swimsuits, cocktails, tasty dishes, cool costumes, live shows, DJ sets, afternoon talks, yoga and well being classes… We can go on forever about how The Beat Hotel combined every possible ingredient to make a festival that stands out.

It all started on thursday with two amazing live performances from Deep Throat Choir and Master Musicians of Joujouka, setting a great atmosphere for the weekend ahead.

Around 5pm at the Fellah Hotel, festival-goers were swimming and enjoying the sunny weather of Marrakech. Some were dancing by the pool and others were heading to the San Remo stage to dance to Esa & Mim Suleiman’s unique tunes – a memorable performance that was broadcasted live as part of Ballantine’s True Music Africa program for the Beat Hotel.

After a diner at the garden, it was time to be at the Interzone stage for a long-awaited live performance from Maribou State. Joined by Holly Walker, the talented duo played some of their best old songs as well as new ones from their latest album “Kingdoms in Colour”. Their track “Turnmills” filled the room with joy and had everyone echoing the melody.

By midnight, ravers danced in between the Interzone and San Remo as it was very hard to choose from Palm Trax’s eclectic set, Hunee’s disco tunes, Andrew Weatherall’s techno and HAAi’s utterly diverse tracks selection.

Although saturday was a rainy day, the Beat Hotel made sure the show goes on and moved the San Remo stage indoors – after having witnessed a special reggae set by Andrew Weatherall – for a few more sets from Not An Animal, Dan Beaumont and Lovefingers.

The Interzone stole the show with one too many amazing performances. The live one of James Holden & Maalem Houssam Guinia proved that merging different musical styles can be as good as Moroccan and British people dancing in one big crowd!

Around 11pm, the excitement was building and ravers were looking to dive into some techno beats. And what better way than to start with the moroccan Dj Yasmean! It was refreshing to witness a rising dj who mastered the crowd and ended up packing the room. Then it was time for Peach to take the ravers on a 90s UK techno ride, a ride to be continued by Amsterdam’s gem Job Jobse.

At 5pm, it was time for one of the most awaited sets from Gilles Peterson. It seemed that he enjoyed his eclectic set just as much as the crowd did. And so, he played an extra 30 minutes where he playfully mixed different styles including some belly dancing tunes, pop, reggae dub and latin jazz.

Festival-goers then headed to the food court for one last dinner while watching the sun set on dreamy Marrakech.

At 10pm, the Interzone was the stage to be. It is safe to say that Young Fathers’ performance was mesmerizing, to say the least. Looking through the crowd, there was nothing but smiling faces and swaying bodies to their soulful songs.

Back at San Remo, Frank Broughton and Bill Brewster aka Lowlife played enough joyful disco and old school electro tracks for everybody to jump for a solid 2 hours.

And the grand Finale was reserved for Gerd Janson’s hottest house and disco tracks where ravers danced one last time before leaving the Fellah Hotel, a beautiful location of which every corner tells a story. 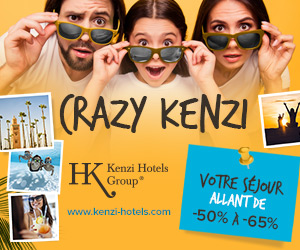